Salento is a treasure chest that contains many historical, artistic and urban treasures, some in the sunlight, others more secret, to be discovered.

Lecce, in the shadow of the Baroque Strolling through the historic center of the city, wandering, dreamy, like real travelers, we come across the great Piazza del Duomo.

The Cathedral, the archbishop’s residence (the episcope), the seminary, the bell tower are in front of us. In that place, in that large space, the dream of an explicit, overbearing, full-bodied and refined beauty, magically came true. If you have been told about the Baroque style, if you have studied it in the history of art books, you will find it at the highest level right in front of you, in elegant, almost enveloping shapes.

The monuments of the square are so bold that the carousel of beauty drags you at three hundred and sixty degrees, makes you dizzy while remaining still to admire everything around you.

Otranto, the border town against Saracen assaults. The Aragonese castle, a mighty bulwark, the Norman church that contains the skulls of Christian martyrs in a reliquary, the long undulating walled wall overlooking the sea, the enchanting village. And then the little shops in the center, the typical products, the gastronomic specialties.

Gallipoli, the pearl of the Ionian Sea it is a very successful synthesis between history (Greek, Roman, medieval) and modernity. Elegant bars, quality restaurants and a splendid promenade that surrounds the entire old town. Churches to visit, finely restored noble palaces, the Greek fountain, dance halls. In Gallipoli you never get bored. Specchia, a village in Italy A few years ago it was named “jewel of Italy” and it deserves it. Its long square invites you to stop and enjoy the air of the countryside and the sea, which seem to intersect precisely in those spaces. Look at the buildings.

The countless stories that the various noble families have produced over the centuries echo in the halls, in the stairways, in the gardens. Here, this is one of the keys with which to experience the cities and villages of Salento: immerse yourself in nature and history. In other regions, cities and even towns have broken away from their historical, economic, anthropological roots, modernity, with its strengths and weaknesses, has triumphed.

In Salento no. You recognize the still current role of work in the fields, the passage of a throbbing history (from Federico II to the Bourbon barons and dukes), the desire for modernity and well-being of our days. The tourist walks through these streets, these squares, these walkways along the sea and doesn’t think too much … it’s nice to be there. 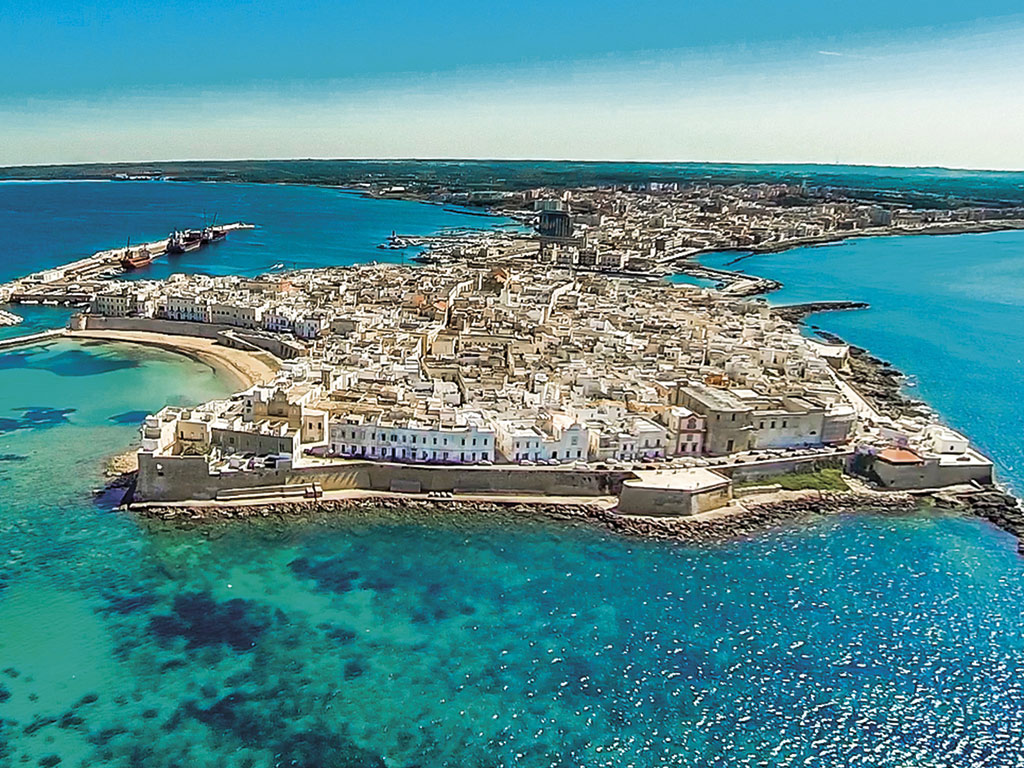 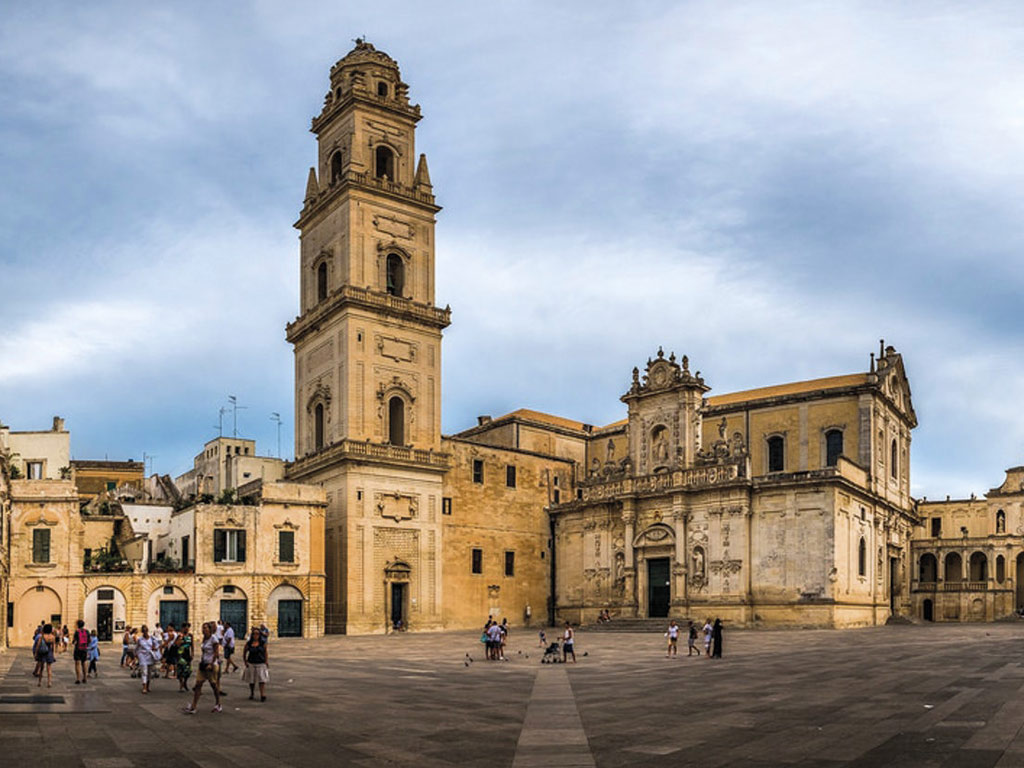 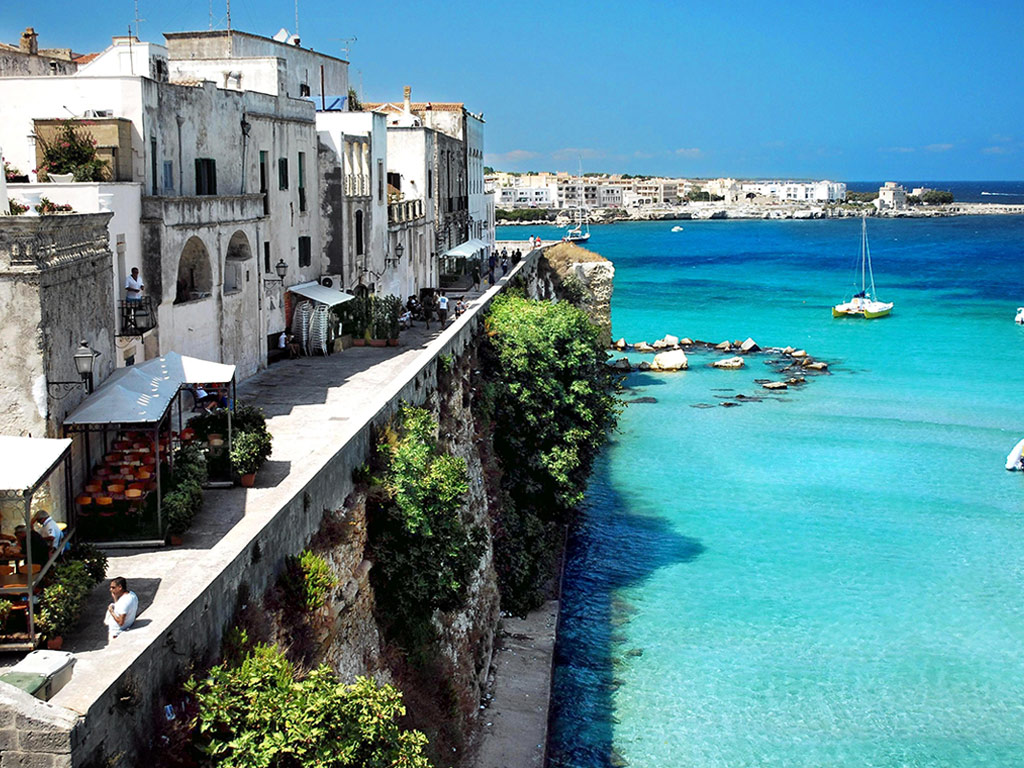 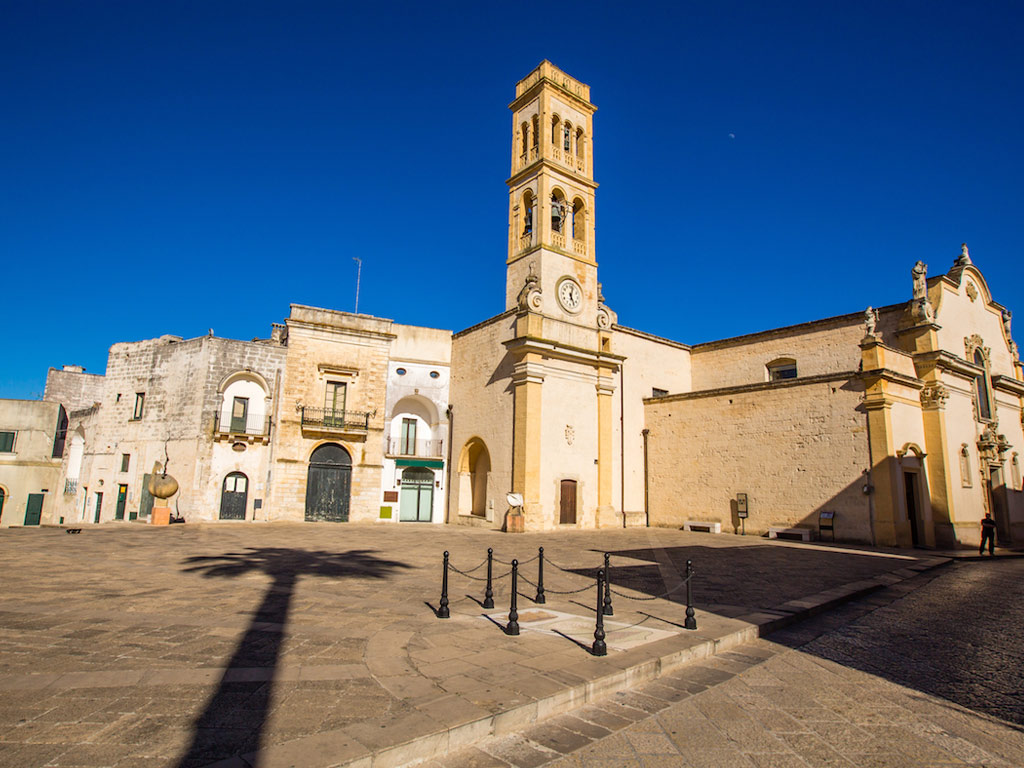 Pasta, wheat, greens, vegetables, small fish. They have always been the ingredients of the canteens of farmers, shepherds, fishermen of Salento. Decades have passed and Salento cuisine has been enriched, it has become a skilful blend of nature and new modern knowledge, which in many cases produce sophisticated delicacies. Not to mention the great variety […]

In Salento, land of the two seas, the sun rises from the Adriatic and sets in the Ionian. Santa Maria di Leuca, which is the port of the eastern end of old Europe, called “finis terrae” since the time of the Crusades, unites them. By land, the distance between the two seas does not exceed […]